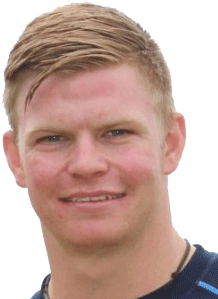 Glenn Dominic Phillips (born in East London, South Africa) is a New Zealand cricketer who plays for Auckland. He is top order wicket keeper batsman. On 17 February 2017 at age of 20-year he was make international debut against South Africa in T20I.

New Zealand take ODI series 1-0 after yet another called off [+]
Kiwis were well ahead of the DLS target when rain forced the players off after 18 overs of the chase.

Rain washes out Hamilton ODI after stop-start [+]
However, the hosts gained crucial Super League points to rise to No.3 on the table.

Suryakumar century sets up India win over New Zealand [+]
Suryakumar Yadav hits an unbeaten 111 off 51 balls as India hammer New Zealand to take a 1-0 lead in the three-match Twenty20 series.

Guptill, Boult left out of Kiwis white-ball squads [+]
New Zealand usher in new era with veteran duo on the outer for India series.